“But the new rebel is a skeptic, and will not entirely trust anything. He has no loyalty; therefore he can never be really a revolutionist…” but before we get to this classic, lets build up to it a little bit:

“The modern world is not evil; in some ways the modern world is far too good. It is full of wild and wasted virtues.  It is full of wild and wasted virtues. When a religious scheme is shattered (as Christianity was shattered at the Reformation), it is not merely the vices that are let loose. The vices are, indeed, let loose, and they wander and do damage. But the virtues are let loose also; and the virtues wander more wildly, and do more terrible damage. The modern world is full of the old CHristian virtues gone mad. The virtues have gone mad because they have been isolated from each other and are wandering alone. Thus some scientists care for truth; and their care is pitiless. Thus some humanitarians only care for pity; and their pity (I am sorry to say) is often untruthful.”

“The peril is that the human intellect is free to destroy itself. Just as one generation could prevent the very existence of the next generation, by all entering a monastery or jumping into the sea, so one set of thinkers can in some degree prevent further thinking by teaching the next generation that there is no validity in any human thought”

It is idle to talk always of the alternative of reason and faith. Reason is itself a matter of faith. It is an act of faith to assert that our thoughts have any relation to reality at all. If you are merely a skeptic, you must sooner or later ask yourself the question, “Why should anything go right; even observation and induction … the young skeptic says “I have a right to think for myself.” But the old skeptic, the complete skeptic, says “I have no right to think for myself. I have no right to think at all.” 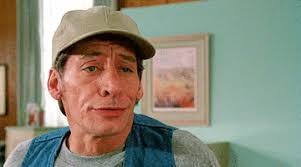 and finally, what we’ve all been waiting for, this gem of a page of a quote:

“But the new rebel is a skeptic, and will not entirely trust anything. He has no loyalty; therefore he can never be really a revolutionist. And the fact that he doubts everything really gets in his way when he wants to denounce anything. For all denunciation implies a moral doctrine of some kind; and the modern revolutionist doubts not only the institution he denounces, but the doctrine by which he denounces it. . . . As a politician, he will cry out that war is a waste of life, and then, as a philosopher, that all life is waste of time. A Russian pessimist will denounce a policeman for killing a peasant, and then prove by the highest philosophical principles that the peasant ought to have killed himself. . . . The man of this school goes first to a political meeting, where he complains that savages are treated as if they were beasts; then he takes his hat and umbrella and goes on to a scientific meeting, where he proves that they practically are beasts. In short, the modern revolutionist, being an infinite skeptic, is always engaged in undermining his own mines. In his book on politics he attacks men for trampling on morality; in his book on ethics he attacks morality for trampling on men. Therefore the modern man in revolt has become practically useless for all purposes of revolt. By rebelling against everything he has lost his right to rebel against anything.”

Next: Orthodoxy IV: The Ethics of Elfland