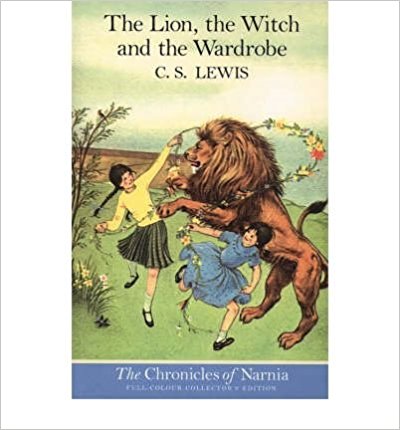 “Safe?” said Mr. Beaver; “don’t you hear what Mrs. Beaver tells you? Who said anything about safe? ‘Course he isn’t safe. But he’s good. He’s the King, I tell you.”

“He’ll be coming and going” he had said. “One day you’ll see him and another you won’t. He doesn’t like being tied down–and of course he has other countries to attend to. It’s quite all right. He’ll often drop in. Only you mustn’t press him. He’s wild, you know. Not like a tame lion.”

The four Pevensie children – Peter, Susan, Edmund and Lucy – enter into Narnia through the back of an old wardrobe at their uncle’s home in the countryside, having been sent there for their own safety to avoid bombings in London during the war.  Narnia is a magical land, with talking animals, mythic fauns, living trees, an evil White Witch and a majestic, Lion King. The children discover that Narnia is under the spell of the White Witch, so that in Narnia it is “always winter and never Christmas.”  The lion Aslan (Persian for “lion”) is the king of Narnia, and the son of the great Emperor-Beyond-the-Sea, and Aslan is “on the move.”

The younger brother Edmund meets the White Witch, and she tempts him with an offer of Turkish Delight to betray his siblings to the Queen.  Aslan’s forces eventually defeat the Witch’s, but she still demands a price paid for Edmund’s treachery, namely, his death.  Aslan offers to trade himself in Edmund’s stead, and endure a traitor’s death. But, the Queen is unaware of the Deeper Magic which Aslan knows: “that when a willing victim who committed no treachery was killed in a traitor’s stead, the Table (on which the sacrifice is given) would crack and Death itself would start to work backwards.” This is directly symbolic of Christ’s death on the cross paying the price for the sins of humanity, the “perfect (sacrificial) lamb of God” (John 1;29, 36) as Scripture says of Jesus. It is also symbolic of how the curtain in the Hebrew Temple, where sacrifices were performed by the Jews, itself was torn in two once Jesus fully died on the cross (Matthew 27:50-51; see also www.gotquestions.org/temple-veil-torn.html ). 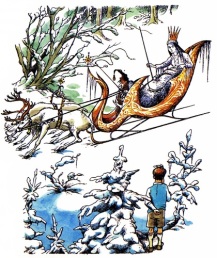 The four children go on to rule as Kings and Queens of Narnia, until they stumble back upon the wardrobe door in the woods, and return to their lives on earth, just a scant few minutes later than when they had entered Narnia, many Narnian years ago by then.

In addition to Aslan serving as a symbol for Christ, LWW also gives insights into the nature of the Satan (Hebrew) or the Devil (Greek), in the person of the White Witch. Beautiful, like Lucifer the original fallen angel, she nevertheless offers temptations to humanity to turn away from God; in fact, she actively accuses the Pevensies, which is consistent with the meaning of the name Satan/Devil, which is an accuser or slanderer.  She seeks not to give life, but to imprison the Pevensies; she seeks to devour and enslave, not to empower and make free. And, while Aslan and his army properly enjoy the gifts of food and drink and of nature, the Witch doesn’t understand it properly at all: at one point, she eyes the food at a feast, and cries out “What is the meaning of all this gluttony, this waste, this self-indulgence?” Lewis understood that Satan, not Christ, hates the physical appetites and the proper joy linked to them. As Tolkien states in his book The Screwtape Letters – the senior demon tells his apprentice “we have not produced one single good thing ourselves. All we can do is copy and pervert those good things that the Enemy (God) has already created.”

In speaking of Aslan (that is, of Christ, and of God):

“Safe?” said Mr. Beaver; “don’t you hear what Mrs. Beaver tells you? Who said anything about safe? ‘Course he isn’t safe. But he’s good. He’s the King, I tell you.”

“He’ll be coming and going” he had said. “One day you’ll see him and another you won’t. He doesn’t like being tied down–and of course he has other countries to attend to. It’s quite all right. He’ll often drop in. Only you mustn’t press him. He’s wild, you know. Not like a tame lion.”

“If there’s anyone who can appear before Aslan without their knees knocking, they’re either braver than most, or else just silly.”

“and the whole forest would give itself up to jollification for weeks on end.”

Planet: Jupiter.  As the key archetype of the series is Aslan, his kingly nature is explicitly described only in The Lion, Witch, and the Wardrobe (LWW), and the coronation of the children into ’Kings and Queens of Narnia’ is also a memorable part the theme of Jupiter, the king of planets.  The ‘jovial’ nature of Jupiter is likewise highlighted by the inclusion of Father Christmas, as well as by the description of the castle of Cair Paravel as a ‘great star resting on the seashore.’

Soft breathes the air
Mild, and meadowy, as we mount further
Where rippled radiance rolls about us
Moved with music – measureless the waves’
Joy and jubilee. It is JOVE’s orbit,
Filled and festal, faster turning
With arc ampler. From the Isles of Tin
Tyrian traders, in trouble steering
Came with his cargoes; the Cornish treasure
That his ray ripens. Of wrath ended
And woes mended, of winter passed
And guilt forgiven, and good fortune
Jove is master; and of jocund revel,
Laughter of ladies. The lion-hearted,
The myriad-minded, men like the gods,
Helps and heroes, helms of nations
Just and gentle, are Jove’s children,
Work his wonders. On his white forehead
Calm and kingly, no care darkens
Nor wrath wrinkles: but righteous power
And leisure and largess their loose splendours
Have wrapped around him – a rich mantle
Of ease and empire.