C.S. Lewis declared, more than a bit ironically, when accepting the newly created Chair of Medieval and Renaissance Studies at Cambridge University in 1954, which he would hold until his death in 1963.  Instead, there is a legacy from the Ancients through the Christian Medievals that was not broken, Lewis claimed, until the age of Jane Austen and the Romantic Poets, around 1800. For instance, art and poetry began to reflect primarily one’s own emotions (subjectivism) rather than the glory of creation.

Consider what scenes or passages from his many writings, including fiction such as The Chronicles of Narnia (ex. knightly valor and courage) or anything else of his you’ve heard or read that might betray Lewis’s very unmodern, cosmic bias.  WE will take a particular look at his Abolition of Man through this journey …

END_OF_DOCUMENT_TOKEN_TO_BE_REPLACED

#7 on C.S. Lewis’s List: The TEN Books that Influenced Him Most , this book by the Roman philosopher Boethius (480-525 A.D.), in which he considers the whims of Lady Fortune after suffering ruin in fortune, society and name (and possibly anticipating his punishment of death) for trumped up charges of treason, Lewis cites as one of the most influential books in medieval literature, as well as one of the ten books that influenced Lewis the most.  The most translated book of the Middle Ages (Alfred the Great, Chaucer and Queen Elizabeth I all did so), Lewis claimed “until about two hundred years ago it would, I think, have been hard to find an educated man in any European country who did not love it.” [1]

END_OF_DOCUMENT_TOKEN_TO_BE_REPLACED

“In a sort of ghastly simplicity we remove the organ and demand the function. We make men without chests and expect of them virtue and enterprise.  We laugh at honor and are shocked to find traitors in our midst. We castrate and bid the geldings be fruitful”

Come visit our inaugural issue of An Unexpected Journal , “The Abol_Issue””  (very bottom) where we discuss C.S. Lewis’s critique of relativism in morality and modern education, and how not utopian but dystopian societies result, which put at risk our very humanity.  But first, follow a brief discussion here … END_OF_DOCUMENT_TOKEN_TO_BE_REPLACED 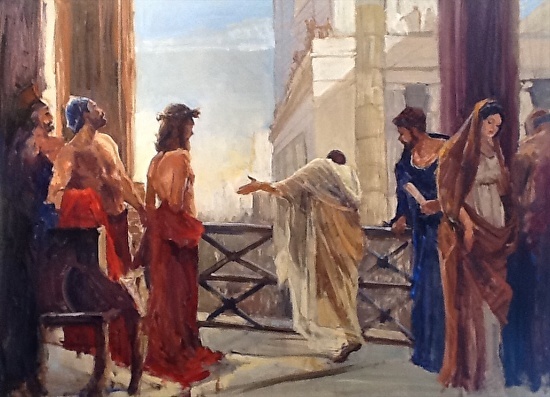 It suddenly closed in on me Gaius the impact of how trapped I was,  the proud arm of Rome with all its boast of justice was to be a dirty dagger in the pudgy hands of the priests.

I was waiting in the room for him, Gaius, in the room I used for court. Officially throned with cloak and garb, when they let him in. Well, Gaius, don’t smile at this, as you value your jaw. But I had no peace since the day that he walked into my judgment hall, it has been years, Gaius, but these scenes I read from the back of my eyelids every night.

END_OF_DOCUMENT_TOKEN_TO_BE_REPLACED

The central miracle asserted by Christians is the Incarnation … it relates not a series of disconnected raids on Nature but the various steps of a strategically coherent invasion –  an invasion which intends complete conquest and “occupation.” – Christian Writer C.S. Lewis

Apologetics (a field which includes thinkers and writers like Oxford’s CS Lewis, or Augustine from ancient times or, perhaps most famously, the 12th century monk Thomas Aquinas) is classically defined as giving a defense of one’s faith – but this defense is just one part of the overall task of communicating the full truth of one’s faith.  One typically thinks of an apologist as arguing against scientific theories (such as Darwinian Evolution), moral relativism and the conflicting claims of multiple world religions.  But this is just defense – when on the offensive, the apologist is tasked with effectively communicating the full depth and meaning of the gospel, and that, to questioners who may cling to rational arguments while there is otherwise a cauldron of emotional questions begging to be addressed, such as the need for belonging, purpose and significance

END_OF_DOCUMENT_TOKEN_TO_BE_REPLACED

I saw people coming to meet us. Because they were bright I saw them while they were still  very distant, and at first I did not know that they were people at all.  Mile after mile they drew nearer. The earth shook under their tread as their strong feet sank into the wet turf.  A tiny haze and a sweet smell went up where they had crushed the grass and scattered the dew. Some were naked, some robed.  But the naked ones did not seem less adorned, and the robes did not disguise in those who wore them the massive grandeur of muscle and the radiant smoothness of  flesh.[1]

Such glorious creatures in C.S. Lewis’s The Great Divorce were once humans, but now revel in the full flowering of their redeemed humanity. Their perfected masculinity, their ‘massive grandeur of muscle,’ as well as beautiful feminity, ‘the radiant smoothness of flesh,’ are on unashamed display.

They provide an example of the beauty and graces of the sexes, which we will examine from Literature Professor (Thomas More College, NH) and Dante translator, Anthony Esolen’s Defending Marriage

END_OF_DOCUMENT_TOKEN_TO_BE_REPLACED 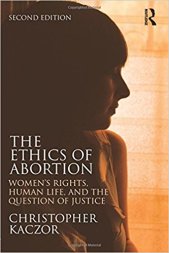 Some issues we face in this era of modernity / postmodernity be illuminated by wisdom that predates our era: the sanctity of life is one such issue. Here we (very) briefly consider the critique of abortion arguments, the definition of “life,” when it begins, its characteristics etc. as presented by Loyola Marymount University Philosophy Professor Christopher Kaczor in The Ethics of Abortion (2014).

END_OF_DOCUMENT_TOKEN_TO_BE_REPLACED

In a flash, at a trumpet crash,

I am all at once what Christ is, | since he was what I am, and

Written in 1888 after an absence from poetry, and cheerful poetry at that, for a few years, this poem of Victorian poet Gerard Manley Hopkins offers a literary apologetic, or imaginative apologetic, exploration of the meaning of humanity both before and after its redemption in Christ.

END_OF_DOCUMENT_TOKEN_TO_BE_REPLACED 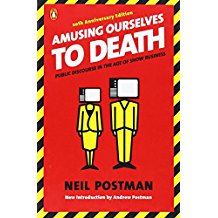 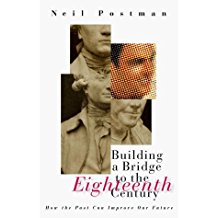 In Amusing Ourselves to Death, Neil Postman makes the case for the form of communication deeply governing the content of communication.  “A Major new medium changes the structure of discourse,” Postman notes, but with a pessimistic tone, continuing “the epistemology created by television (is) not only inferior to a  print-based epistemology but is dangerous and absurdist.[1] Sophistication of language, and hence of conceptual reasoning, have evidenced a progressive decline from the era of oral cultures and particularly colonial America’s print culture, to culture as it saw increasing uses of the telegraph, photography and television. The attendant loss of depth in reasoning and public discourse has as one of its casualties the understanding and appreciation of history.

END_OF_DOCUMENT_TOKEN_TO_BE_REPLACED

‘The Great War’ (World War One) had exhausted both the actual population of Europe as well as cultural and spiritual vitality – and Eliot’s Waste Land captured this listlessness of life and loss of meaning.  The first of five sections of the poem, ‘The Burial of the Dead,’ thus opens with the imagery of a grave site, though ironically yet suggesting signs of life, however dreary:

April is the cruelest month, breeding

Lilacs out of the dead land, mixing

Eliot brings to light the tired spirit following such massive amounts of death which, ironically enough, were often made possible by such human inventions as machine guns and gas warfare. In his own way, Eliot follows Romantic poets such as Wordsworth and Samuel Taylor Coleridge from a full century before who sought to rehabilitate the imagination in the face of a dehumanizing urbanization and industrialization.[2]  But Eliot’s poetry spoke to the monumental collapse of confidence in the progress of civilization brought about by WWI.  The steady march of progress and attendant optimism of the Victorian  nineteenth century found poetic expression in the 1902 Coronation Ode for King Edward VII of England:

Land of Hope and Glory, Mother of the Free,
How shall we extol thee, who are born of thee?
Wider still and wider shall thy bounds be set;
God, who made thee mighty, make thee mightier yet[3]