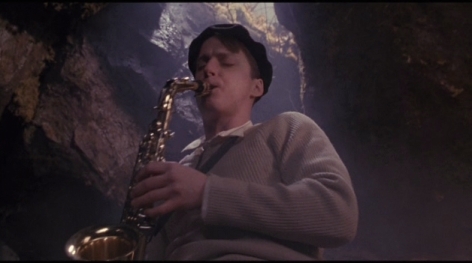 So waxes poetic Charles Dalton, or Nuwanda, in the forbidden poetic caves of The Dead Poet Society. Poetry as a clue to meaning in life? Science has settled everything, or so we have been led to believe, but the poets make their claims:

Or, to answer Tina Turner’s question What’s love got to do with it? the deeper yearnings of the human soul still cry out.

The Medievals understood all of this, anticipating these modern questions, and did so with a poetic flair. 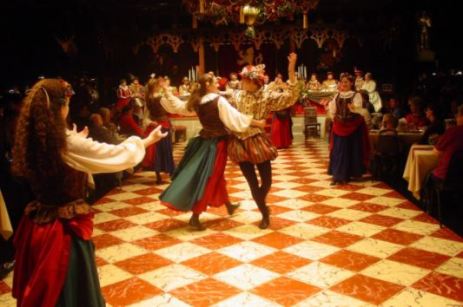 While Nuwanda gives a voice to the humanistic rebellion against an inhumane, engulfing ‘system’ (similar to the spirit of Neo’s rebellion against The Matrix), centuries ago poets such as Sir John Davies, the slightly younger contemporary of William Shakespeare, were extolling the order, beauty and embodied love found within the cosmos. To answer both the general question as to the nature of the universe, and the more specific “What’s love got to do with it?” Davies declares [1]

How was this goodly architecture wrought?

Or by what means where they together brought?

They err that say they did concur by chance;

Love made them meet in a well—ordered dance.

Davies had just a few lines earlier referred explicitly to the most basic element of matter, the atom as posited by Democritus and well known in Davies time, the late sixteenth century. But the greater question of order and design in the universe is thus asked and answered.

Davies moves beyond the simple atom and anticipates the paradigms of the coming rational and scientific ages that were to ensue.  The increasing reliance on reason, as the medieval era passed, Davies fends off with [2]

Then why should Reason judge that reasonless

Which is wit’s offspring, and the work of art,

Image of concord and of comeliness?

Who sees a clock moving in every part

Thus, Davies counters not only the highly rationalistic approach to philosophy that Rene Descartes would imprint in the seventeenth century to follow, but could be seen to anticipate the mechanistic understanding of nature about to be wrought by Isaac Newton, also in that seventeenth century. 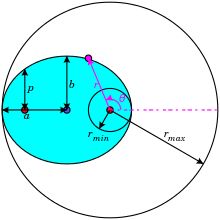 But it is beyond mere mechanism and reason that Davies and his God-based universe leads us. The hands-off  type of watchmaker God of the Deism that would follow in coming centuries is a far cry from Davies’ vision.  Davies concludes, questioningly and skeptically, the above lines with [3]

But thinks that Reason, ere it came to pass

The first impulsive cause and mover was?

Instead, Davies shows us the answer in [4]

a wise Commander is in place

Which leadeth on that brave, victorious dance?

That commander now underlies Reason, but in a gracious dance, and that, with Man, the object of its fellowship:[5]

Blindness it self may Reason’s footstep trace:

For of love’s maze it is the curious plot,

And of Man’s fellowship with the true-love knot.

The Medievals and their heirs, Elizabethans such as Sir John Davies, thus offered an understanding of man and the cosmos which was scented with beauty, order and meaning.  The bland scientific models they anticipated were shown, ahead of time, to be lacking by comparison. Malcolm Guite’s discussion of Davies and his role in communicating faith and hope through poetry provides a valuable awareness of this counter to the modern world.[6]  The enhanced sense of significance and meaning that man gains from this understanding is highlighted by Guite’s citation of Owen Barfield, and serves as a fitting conclusion to the questions to which Davies gives us answers:

“Amid all the menacing signs that surround us in the middle of this twentieth century, perhaps the one which fills thoughtful people with the greatest sense of foreboding is the growing sense of meaninglessness. It is this which underlies most of the other threats. How is it that the more able man becomes to manipulate the world to his advantage, the less he can perceive any meaning in it?”[7] 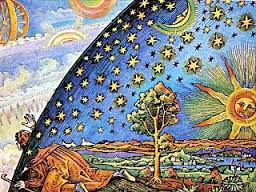 All 131 Seven line stanzas may be read here: http://spenserians.cath.vt.edu/TextRecord.php?textsid=32843;

a shorter excerpt is here: http://www.luminarium.org/renlit/orchestr.htm

[6]    Malcolm Guite, “Understanding Light: Ways of Knowing in the Poems of Sir John Davies” in Faith, Hope and Poetry: Theology and the Poetic Imagination, (Surrey, England, 2014).