“Those who would like to learn further about Numinor and the True West must (alas!) await the publication of much that still exists in the MSS. of my friend, Professor J.R.R. Tolkien”[1]

wrote C.S. Lewis in the preface to his concluding book of the Space (or Ransom) Trilogy, That Hideous Strength (THS) in 1943.  After Lewis had portrayed his indictment of a Western culture which had forgotten its values and theological moorings – his Abolition of Man argument illustrated in the fiction of THS – he pointed towards Tolkien’s Lord of the Rings (LOTR) series as heralding the mythos of a West fully invested with those values.

Tolkien’s epic series gives the courageous, valiant struggle of the inhabitants of Middle Earth – Hobbits, Men, Elves and Dwarves in particular – against the Dark Lord who seeks dominion, destruction and casts a pale Shadow over the Middle Earth. Ultimately, the Shadow is one that robs its prey of not just light, but of their elan vital – of color, taste, individuality and even fellowship – and ultimately of life itself.  The One Ring that gives the Enemy its power, ruling over rings of lesser power given to rule the Kings of the Elves, Dwarves and Men, wields a dark power that Tolkien describes with

Fantasy is an effective genre with which to address such weighty matters as Death and Immortality, and Tolkien superbly makes the reader feel the issue.  Tolkien observed that in fantasy, there are to be found “shoreless seas and stars uncounted; beauty that is an enchantment, and an ever-present peril; both joy and sorrow as sharp as swords.”[3]  And these elements are in abundance in LOTR, woven throughout the battle for survival in the Third Age of Middle Earth.  Within the history of Middle Earth are memories of greatness and splendor, of Numenor (island breeding ground of Valar-blessed Kings supplied to the race of Men) and “its glory and fall.”[4] There is also a persistent sadness from the decay since those times, as Strider  explains in describing the story of Beren and Tinuviel from the First Age: “it is a fair tale, though it is sad, as are all the tales of Middle-earth, and yet it may lift your hearts.”[5]  As such, the saga of Middle Earth exemplifies Tolkien’s claims about the source and power of good fantasy or fairy-tales, ultimately concerning the issue of Death; it will be useful to briefly review that before more directly taking up the themes of Death and Immortality in LOTR.

Escape from Death – Immortality – plays a central theme in Tolkien’s views on how fantasy works.  Recovery, escape and consolation are the fundamental themes with which fantasy may work its magic.  Recovery is a means of “seeing things as we are (or were) meant to see them,”[6] of rediscovering the original meaning, beauty or glory in the familiar, such as our humanity or some aspect of creation – the serenity of a sunset, the power of a waterfall, or the song of a bird.[7]  Escape continues the process of recovery in a sense – not only do we seek flight from “the drab blur of triteness or familiarity,” we latch on to the “many more permanent and fundamental things”[8] of which fantasy speaks – the themes of “hunger, thirst, poverty, pain, sorrow, injustice, death”[9] to name but a few.  Even nature itself, with which Tolkien emulated the fantasy of others like George MacDonald, offers a firmer grip on reality than the latest fads of invention; “I am not convinced myself that the roof of Bletchey station is any more real than the clouds”[10] Tolkien observed.  Or as Tolkien related Chesterton’s observations: “as soon as he had heard that anything ‘had come to stay,’ he knew that it would be very soon replaced – indeed regarded as pitiably obsolete and shabby.”[11]  Recovery and escape are important for the framing of important questions and issues with fantasy, but they only lay the groundwork for the most crucial issues, namely the ultimate escape, Death and Immortality, and the consolation of the happy ending.

“And lastly there is the oldest and deepest desire, the Great Escape: the Escape from Death”[12] Tolkien states, arguably presaging his LOTR epic (begun late 1937), in his 1939 essay On Fairy Stories.  The centrality of the theme of death was what Tolkien had credited for the greater power of the Norse myths compared to classical Greek and Roman mythologies, in his 1936 lecture, Beowulf: The Monsters and the Critics:

But beyond the Great Escape, “the imaginative satisfaction of ancient desires,”[14] lies consolation, or the “Consolation of the Happy Ending.”[15]  Just as tragedy is the epitome of drama, so is this happy ending the fulfilment of fantasy, Tolkien argued.  Requiring the very real threat of “dyscatastrophe, of sorrow and failure,”  whose possibility is “necessary to the joy of deliverance,” the Consolation of the Happy Ending serves as an evangelium which “denies universal final defeat … giving a fleeting glimpse of Joy, Joy beyond the walls of the world, poignant as grief.”[16]  This “Consolation of the Happy Ending” Tolkien names eucatastrophe – a happy ending pulled from the clutches of dyscatastrophe, and thus the opposite of tragedy, and so the “true form of fairy-tale, and its highest function.”[17]

But on to Middle Earth.  Tolkien’s description of good fairy-tales as having the “Cauldron of Story, waiting for the great figures of Myth and History”[18] applies to LOTR.  Myth and History are given their fair hearing in the opening lines to the cinematic production, Peter Jackson’s Fellowship of the Ring, where he improvises Tolkien with

And some things that should not have been forgotten were lost. History became legend.

Legend became myth. And for two and a half thousand years, the ring passed out of all knowledge.[19] 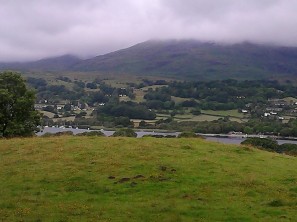 Recovery of meaning is carefully woven throughout Tolkien’s Middle Earth.  The Shire itself reminds of a simpler time, unobliterated by the landscape of dirty, smoke-belching factories and their cities, or of rulers and armies:

The Shire at this time had hardly any ‘government.’ Families for the most part managed their own affairs. Growing food and eating it occupied most of their time.  In other matters they were, as a rule, generous and not greedy, but contented and moderate, so that estates, farms, workshops, and small trades tended to remain unchanged for generations.[20] 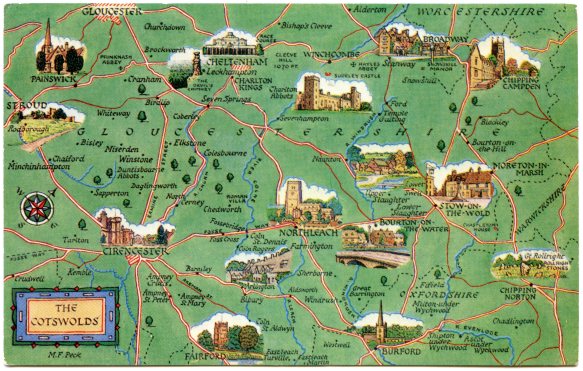 Recovery of the meaning of “things that should not have been forgotten” but “were lost”, and the persistent sense of what had been the glory of Middle Earth and prior members of the race of Men, and the sense of sorrow at its loss – these all provide the backdrop for escape from Mordor’s encroaching evil, Shadow and death, and for the Ultimate Escape from such Death, the claims of Immortality.

But as poetic as Tolkien the Bard waxes in his thirteen hundred page trilogy, one can find the keys to his argument, his meta-narrative, in his poem Mythopoeia, at which we will take a very brief look.  Written to convince a theistic but not yet Christian C.S. Lewis following a long conversation and walk along Addison’s Walk at Magdalene College, Oxford on 19 September, 1931, “that myths were (not) lies and therefore worthless, even though ‘breathed through silver,’”[21] it provides a useful outline of how Tolkien’s Christian faith informs his handling of myth, and LOTR in particular.

Recovery of a sense of wonder, and how things were meant to be appreciated, is found in the opening stanza, at Tolkien first displays a common understanding:

a star’s a star, some matter in a ball

though after claiming, in the following stanza, that

God made the petreous rocks, the arboreal trees,

tellurian earth and stellar stars, and these

He sees no stars who does not see them first

of living silver made that sudden burst

and, of the heavens

There is no firmament,

only a void, unless a jeweled tent

unless the mother’s womb whence all have birth.[24]

This recovery is rife throughout the LOTR saga, and in large part with elements of natural theology that present themselves, such as the fundamental joys of living and fellowship as can be found in the Shire, or with  Tom Bombadil, “Master of wood, water and hill.”[25] Likewise, Bombadil’s companion Goldberry, the daughter of the river and elf-queen, offers visions of a beauty-imbued natural world, as “about her feet, in wide vessels of green and brown earthenware, white water lilies were floating, so that she seemed to be enthroned in the midst of a pool,” “gown rustled lightly like softly like the wind in the flowering borders of a river” and with “a clear voice, young and Ancient as Spring, like the song of a glad water flowing down into the night from a bright morning in the hills,” offered such verse as

Now let the song begin! Let us sing together

Of sun, stars, moon and mist, rain and cloudy weather,

Light on the budding leaf, dew on the feather,

Wind on the open hill, bells on the heather[26]

As in a George MacDonald novel, the beauty of nature, “as it was meant to be seen” – the air is thick with it.

Planetary themes augment the glories of nature: the evil of Mordor and its encroaching Shadow operate almost exclusively under the light of the nighttime moon, whereas the fortunes of Men typically increase as the sun rises.  The forests even echo the struggle between a wisdom-led good, as  Treebeard, the Guardian of the Ents, has eyes which appear to Pippin “as if there was an enormous well behind them, filled up with ages of memory and long, slow, steady thinking,”[27] whereas Bilbo’s Mirkwood was “dark and black, and the home of black things,”[28] and trees in the Old Forest are not friendly and attack trespassers.  Even the joys of fellowship are affected by ebb and tide of nature, as the Orcs are described as “in dark and loneliness they are the strongest; they will not openly attack a house where there are lights and many people.”[29]

For Escape, and the faith and hope that informs it, Tolkien illustrates in his Mythopoeia:

Blessed are the men of Noah’s race that build

their little arks, though frail and poorly filled,

and steer through winds contrary towards a wraith,

a rumour of a harbour guessed by faith.

Blessed are the legend-makers with their rhyme

of things nor found within record time.

It is not they that have forgot the Night,

or bid us flee to organised delight[30]

And finally, the Great Consolation follows:

They have seen Death and ultimate defeat,

and yet they would not in despair retreat,

but oft to victory have turned the lyre

and kindled hearts with legendary fire

Recovery, Escape and Consolation can be found without much effort in Tolkien’s Lord of the Rings trilogy.  But beyond simply this structure, Tolkien had yet more subtle themes and points to make, but for more, we will have to go to Tolkien 103: Doom, Despair and Agony on Thee

or, go back to Tolkien’s Poem Mythopoeia

[7]  Though Tolkien does suggest that a fairy-story is not the only means to effect such a recovery – “Humility is enough” he states in On Fairy Stories, 373.